Did you know that the Christiania is named after Oslo? Until 1924, the Norwegian capital was called Christiania. This tall ship was built in 1895. She served as a lifeboat in the north of Norway for a long time. In total, she rescued 257 people and 90 ships, as well as assisted 2,881 boats. After 1932 the ship was converted into a freighter. When she was on her way to England in 1977, disaster struck. The Christiania sank to a depth of 495 meters. In the following year and a half, the ship was completely restored and rebuilt. Since then she has participated in many Tall Ships Races, and with success. She has won gold, silver and bronze medals in her own class, as well as in the overall standings of the race.

The tallship is docked in: Zuiderhaven 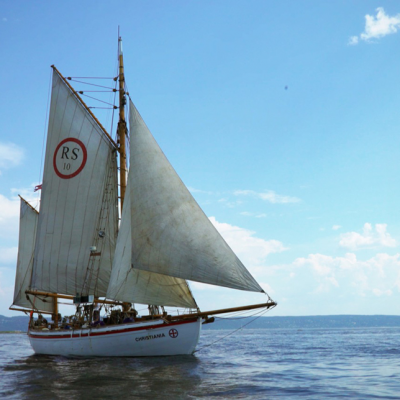