The three-masted gaff schooner Fulton was built in 1915 in Marstal, southern Denmark. In the first years she mainly sailed with fish from Newfoundland to Spain. In 1970 Fulton was acquired by the National Museum and completely restored to its original appearance.

4 permanent crew and 12 trainees are on board.

The tallship is docked in: Zuiderhaven 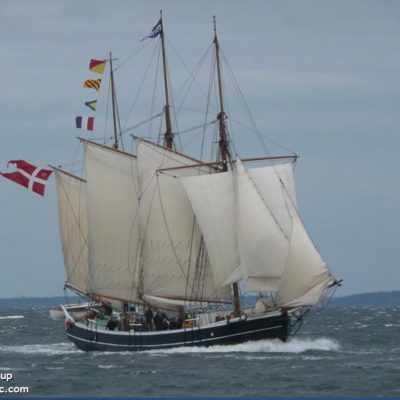