Although this ship was built in 1934, its history goes back about 125 years. The first ship under this name was slightly smaller and was launched in 1882. It was an ode to Georg, the shipowner’s son, who died of tuberculosis at the age of 22. The original figurehead with the young Georg Stage has been transferred from the old ship to the current ship.

Georg Stage is one of the few tallships to have competed in both the first race in 1956 and the fiftieth race in 2006.

Ten permanent crew and 63 trainees are on board.

The tallship is docked in: Nieuwe Willemshaven 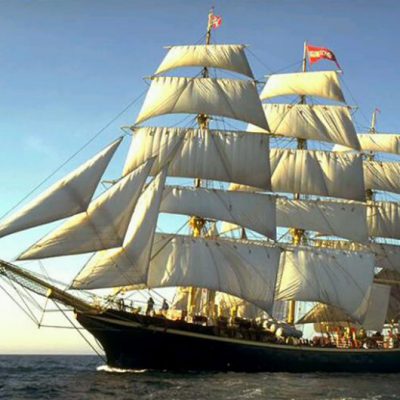