With her green sails, the Alexander von Humboldt II is of striking appearance. She has been sailing the world’s seas since 2011. This tallship is built with a traditional barque rig. The fore and mainmast carry square sails, while the aft carries gaff sails. The rigging resembles that of the windjammers built 150 years ago. In total she has 24 sails, with which she can reach a speed of up to 14 knots, almost 26 km/h.

24 permanent crew and 55 trainees are on board.

The tallship is docked in: Dok 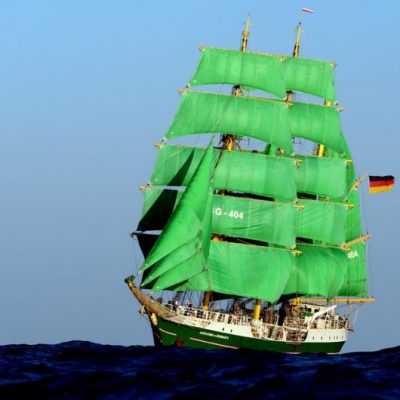