The Gulden Leeuw was built in 1937 with the name M/S DANA. The Department of Agriculture and Fisheries wanted an ocean-going vessel that could withstand large masses of ice. She has often been used for biological research in international waters. In 2007 the ship was sold to P&T Charters. They have converted the ship into a fast three-masted topsail schooner with a 1930s style.

24 permanent crew and 60 trainees are on board.

The tallship is docked in: Nieuwe Willemshaven 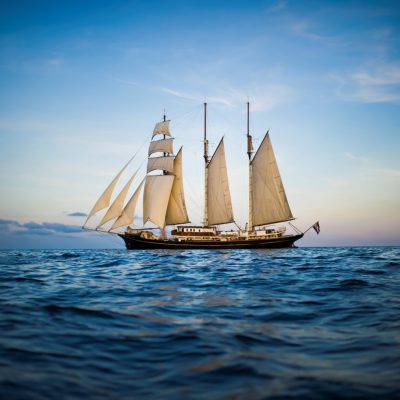