Wylde Swan is the tall ship with a Frisian name and has Makkum as its home port. The hull of the Wylde Swan was built in Germany in 1920 and originally served as a steamship for the herring fleet. The ship is long and narrow, so that she could sail as quickly as possible to the port of Hamburg with freshly caught fish. In 2007 the hull of the ship was brought to the Netherlands and converted into a modern training ship. Every summer the schooner sails a race against the large windjammers. And not without success! In 2011, the Wylde Swan was the Over All winner of the Tall Ships Races.

14 permanent crew and 36 trainees are on board.

The tallship is docked in: Dok 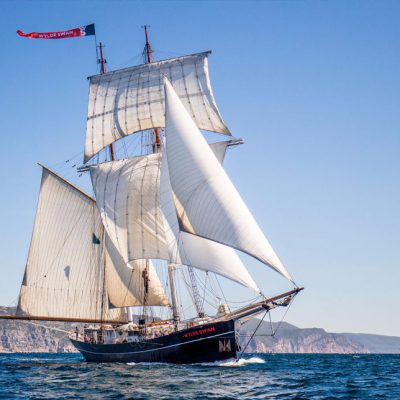